10 of the World’s Best Rail Journeys

Did you know, 2012 is your year of travel? In case you’ve been hibernating, we’ve taken the entire year by the scruff of the neck, and marched it over to you. Make the most of it, as we’re throwing in some of our best deals yet, and spicing it all up with some truly inspiring content, like our MOVE Remixed video.

With so many amazing opportunities on offer, it got me thinking about some of my own travel highlights; and many of them, have been experienced on one of my favourite forms of transport: trains.

I say “forms of transport”, because technically it’s true. However, I’m not talking about a Leeds to London trip here. I’m talking about the full-on railway experience, where your nose smudges the window.

The kind of journey that sees a simple train car transform into a micro-community, not unlike your average neighbourhood street (in the sixties). People will share food and drink; pop into carriages for a game of chess; a gossip about the new couple in carriage twenty-eight; or makes plans for dinner (in the restaurant car). 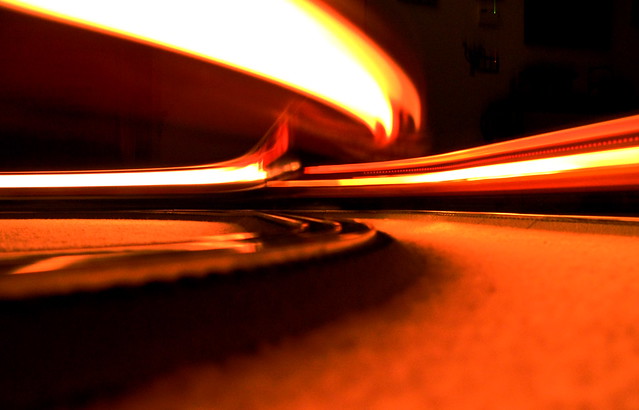 But where in the world can you find such delights? Well, I have a few ideas, which I think will suit your year of travel perfectly. All aboard, this blog post will be calling at Inspiration, Admiration, and Fascination before arriving in its final destination, Action Town.

Incredible Railway Journeys for your #YearofTravel

Final call: aallllll aboard, people! All aboard! (I’m still not tired of doing that). Remember, as always, if you have an idea for an alternative rail journey — or you want more information about the ones you are about to read about — then drop a comment in the comment box below this post, and let’s build the conversation. Aaaalll aboard, the…

The first journey I’m going to introduce you to, is the tracktastic Trans-Siberian Railway. It’s the most famous rail route in the world; spanning no less than 9000km, and sprawled across seven time zones (although you wouldn’t notice that on board, as the TransSib runs on Moscow time for the entire journey!) The classic route spans Siberia, between Moscow and Vladivostok, while two alternative options terminate in Beijing. Of these, the Trans-Mongolian lives up to its name and journeys via Mongolia, while the Trans-Manchurian heads directly from Russia to China. The route is studded with interesting towns, encircled by Siberian forests and mysterious mountain ranges. The stand-out stop along route is Irkutsk, which offers easy access to Lake Baikal, the world’s deepest lake where, depending on the season, you could enjoy a spot of Siberian scuba diving! Visit our Trans-Siberian pages for more info.

Italy is one of Europe’s most exciting destinations to travel by rail, bringing together a beautiful blend of picturesque villages and frenetic towns, all brought together by an endless supply of delicious regional food, charismatic people, and their unmistakable way of life. Prices are rising right across Europe, so now’s the time to hit the rails and explore the holy, historic, and hedonistic experiences on offer throughout Lo Stivale (The Boot). My highlights would include Lago di Garda in the northern lakes; Florence and Sienna, and their Tuscan brethren; and pop into Pompei as you journey south via the megalopolis of Rome, to the infamous city of Napoli and a helping of the world’s best pizza. Unlimited and flexible Italy rail passes start from just £110, with InterRail.

This is a nod to one of the most surreal train journeys I’ve ever taken; in Norway. Not the first place you think of when you think of rail journeys (most of Norway is inaccessible by rail) but there’s a strand of track that’s well worth the effort. Travel puritans among you look away now: this is unashamedly touristy. Making up part of the tackily titled, ‘Norway in a Nutshell’, this journey of show-stopping scenery flicks you over to the wilds of Norway’s west coast, from Oslo, its trendsetting capital. Jump aboard the Flåm Railway in Myrdal, as it skirts beside rivers, gorges and waterfalls on a spectacular descent towards some of the world’s most breathtaking fjords.

As with many of the world’s most famous rail routes, South Africa’s Trans-Karoo stands out as a journey of a thousand stories. The Shosholoza Meyl ‘Trans-Karoo’ train journeys from Johannesburg to Cape Town, right across South Africa’s vast semi-desert centre, known as the Great Karoo. Berths start from as little as £20 for an economy class seat, or £40 for a sleeper (it’s worth know, this journey is a mighty 27 hours). Few journeys offer such a return on investment; with natural stops in Kimberley, to see the Big Hole. Two guesses what that is, but bonus points if you knew it was a diamond mind, and is the world’s largest man made hole. Also throw in a stop in Bellville, to explore the country’s splendid wine routes.

Sri Lanka is one of my favourite countries to journey by rail; and are a real treat for footloose passengers. Don’t tell mum, but there’s nothing quite like the feeling of the warm Sri Lankan air whipping over your feet as they dangle out of the open door. Your view is a swarm of green, and your tastebuds are kissed by the spicy treats on sale from the vendors marching through the aisles. It’s affordable, but above all it’s extraordinary. Train travel in Sri Lanka can be incredibly slow, and stilted, but rise early and get aboard for a sunrise journey through the tea country, and brew some of the most stirring memories of your life on the road/rails. 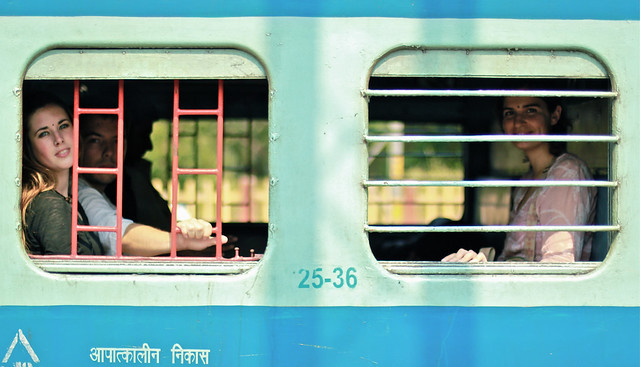 Indian Railways employs 1.4 million people, the same number of people as the NHS, but you can bet your bottom rupee that it takes at least double that number to make up the myriad characters that make train travel in India such an uninhibited joy. Before you even think about jumping on board, you’ll spend countless hours in countless queues. This is akin to being in the belly of India, as a world of mischief, magic, and logic roils around you in a seemingly chaotic manner, before spitting you out onto a journey of untold adventure. Visit Northern India’s best-loved sights by train, before bolting south for therapy.

They told the Chinese it couldn’t be done. The Chinese proved them wrong. Like it or not, China opened its Qinghai–Tibet Railway in 2006, and it continues to give the world and its crazy ways a leg-up onto the Tibetan plateau, today. I won’t lie to you, there are few delights about the journey other than the fact that you are journeying along the frozen-earth plateau on the highest railway in the world, as you slip above 5000 meters above sea level (Snowdon’s summit is 1085 above sea level!) And the destination? Tibet. A cauldron of culture, steeped in mysteries you’ll never know.

The Ghan is to Australia, what the East Coast Mainline is to the UK. However, instead of travelling via such exotic places as Peterborough and Selby, The Ghan — named in recognition of the pioneering Afghan cameleers who opened up the centre — spears its way between Adelaide and Darwin via the masterful Red Centre, and the MacDonnell Ranges that surround its benevolent capital, Alice Springs. Desert views aplenty, as you ride the rails of the historic Ghan, taking on the Outback with the pioneering spirit that unearthed the northern routes. The journey covers almost 2000 miles in around 54 hours, and follows the route of explorer John MacDouall Stuart. Imagine snapping Uluru one day, and the tropical splendour of Darwin the next.

The sea-to-sky corridor carved into Canada’s west coast plays host to one of the world’s most wondrous rail journeys, where you’ll travel the three and a half hour trip from Vancouver to Whistler, BC. The train snakes along the oceanfront, before cranking up the engine to weave through canyons, and steadily scale the Coast Mountain Range before arriving in the Canadian Rockies. As short train journeys go, Canada’s Sea to Sky climb is premium class, with a purpose. Not only will your journey be speckled with magical sights, but your destination will bring to life the very best in adventure holidays, with a split between winter sports, and summer hikes attracting travellers from around the world. And from Peterborough and Selby.

The meticulous Shinkansen is among the world’s most revered trains. With speeds of up to 300km/h, it’s so fast, they call it The Bullet. Not only do these megatrains look the business, when it comes to budgetting, they can introduce an affordable option to see Japan. Wriggle your travel plans into a Japan Rail Pass and you’ll seal a deal that could save you £100s. If you’re travelling out of Tokyo, to any one of the nine stations that are served by the Shinkansen, you’ll zoom out of Tokyo Station or Shinagawa Station.

Which train journey stands out to you? Travelling by rail is one of the travel world’s greatest indulgences, and can carry you through some of the world’s most inspiring landscapes, and remote destinations. Check out our worldwide rail passes!