Around the world in 80 ways

There are heaps of ways to make your way around the world, and we’ve rounded up some of our favourite. So grab your backpack, and leave your expectations at home. We’re going round the world in 80 ways.

Have an open mind

What you are about to witness are some alternative ideas for travelling round the world. Some are practical, some are a bit out there, and some are verging on the ridiculous. Let’s go!

Leaving on a jet plane

First up, jump on a plane to get you to Bangkok, the heart of Southeast Asia, in a matter of hours.

Now, the fun can really begin. Your first mode of transport? It has to be a classic tuk tuk and visit the city’s temples, markets, shops, and soak up the culture.

As evening falls, get your driver to drop you off at Hualamphong Station and hop on a night train up to Chiang Mai. 12 short hours later, and you can clamber aboard your next mode of transport: trekking on elephants through the jungle!

Once you’ve had your fill of pad thai, it’s time to mosey on over into laid-back Laos. By long, wooden slow boat… natch! Kick back, relax and enjoy the two day journey. Alternative journey: reach Laos by speedboat in 8 hours. I do not recommend this unless you want permanently windswept expression, and possible concussion.

Get on the bus

After all that time on the water, you’ll be glad to spend some time on dry land. Luckily, there are some rather convenient hop-on hop-off buses in Laos, which will take you to all the best spots.

Take in the mountains and monastries in the north, and the partying and tubing in Vang Vieng. Hope off in 4000 Islands, and make your own way down to Cambodia by public bus – an experience not to be missed. You might want to make like the locals and wear a crash helmet!

Bus it back to Bangkok and get ready to start the journey south down to Malaysia. How? By train, of course! You can chug all the way down to Kuala Lumpur. You’ll arrive there after two days of watching the world go by and bunking down with some locals for the night. So much more interesting than a one hour budget flight!

What goes on tour…

Alternatively, back in the Thai capital you could jump on the Roam Bangkok to Singapore tour, which will take you aaaaall the way down to Singapore, and will see you climbing rocks, sailing on long-tail boats, exploring Malaysia by bicycle rickshaw, and travelling by local transport down to Singas.

Get your sea legs on

It’s time to hit the open water. A series of boats will take you from Singapore to Tanjung Priok in Indonesia, where you can grab a taxi for the last few kilometres to Jakarta. Breathe in the sea air, and, if you’re prone to that kind of thing, keep a sick bag at the ready…

Follow in the footsteps of Lonely Planet founders, Tony and Maureen Wheeler, and beg, borrow and bullsh*t your way onto a yacht sailing from Indonesia to Darwin, Australia.

This is not an easy option. Not least because it’s no longer the 1970s. Passenger ferries don’t run between the two countries, which is a shame, given that the distance isn’t actually that far. An annual yachting event like Sail Indonesia may be your best bet at stowing away. Hmmm, probably better to jump on a plane instead…

You’ve made to it Darwin! Hopping on an adventure tour down to Alice Springs is a must; it’s an amazing way to experience Australia’s Outback, absorb some Aboriginal culture, and absorb the lores of Uluru. But your Aussie experience wouldn’t be complete without some road trippin’. Grab yourself a campervan, and hotfoot it across Australia! 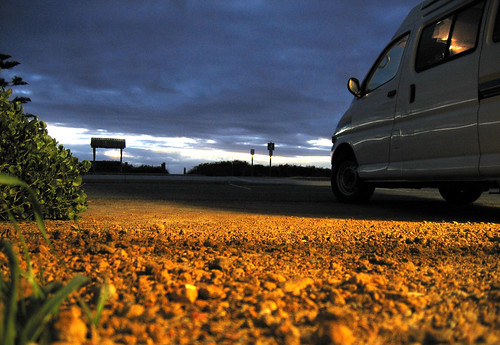 You could go up to Cairns, and swim, snorkel, scuba dive, or even surf your way down the East Coast. Once you reach Melbourne, get back in the van and drive down the Great Ocean Road for the ultimate adventure Down Under.

You need to get to America. You could make friends with a rich yacht owner or win the Australian lottery and charter your own yacht. It’ll take anything between 23 – 41 days. This is one of those occasions where it’s probably better to fly.

Get your trek on

USA! USA! OK, so you’ve landed in LA: the home of Hollywood, movie stars, and fast food. Work off all those burgers — hike your way around the National Parks! Yosemite, the Grand Canyon, and Death Valley await.

Limber up and hop on your two wheeler for an 8-day ride from the City of Angels up to San Francisco. You’ll experience stunning views of the Pacific Ocean, Big Sur and beautiful coastline. You may be too out of breath to appreciate it, but trust me, it’ll all be there.

OK, so you can’t travel across the USA without hiring a car, Thelma and Louise style (minus the driving off a cliff, obvs).

The more vintage and American the car, the better. A soft top is preferred. Stock it with American snacks with silly names, like Cheesos and Twizzlers. Stick some White Snake on the stereo, and shout ‘ROADTRIP!’ as loud as you can. You’re ready to make the 3000 mile epic journey to New York. 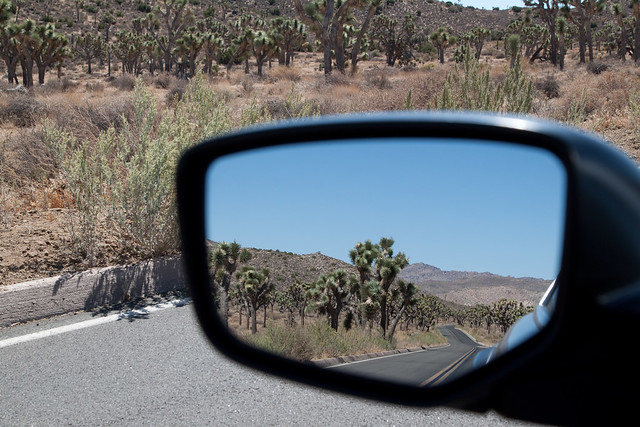 Crunch crunch crunch! That’s the sound of you take a bite out of the Big Apple. There are so many ways to get around New York, all of which will leave you feeling like a true New Yorker. Hop on the Metro! Hail a cab! Take a helicopter ride over the city! Do the Sex and the City tour (boys, you know you love it really)!

You’ve almost made it round the world in… well, if not 80, then many, many ways indeed. You’ve sailed, snorkelled, and swam. You’ve rode elephants, slept on trains, and cruised through the skies. The final leg of your journey? Turn around, and go back again!