This week’s Shakedown visits a city we don’t often talk about. It’s one of the world’s biggest cities, with over 17 million people making up the metropolis and peppering it with an infectious blend of multiculturalism and an unmistakable vibe. That’s right – if you haven’t yet read the title of this post, we’re heading to Brazil – currently in the spotlight thank to a certain football tournament – and touching down in one of South America’s most unsung destinations: São Paulo. 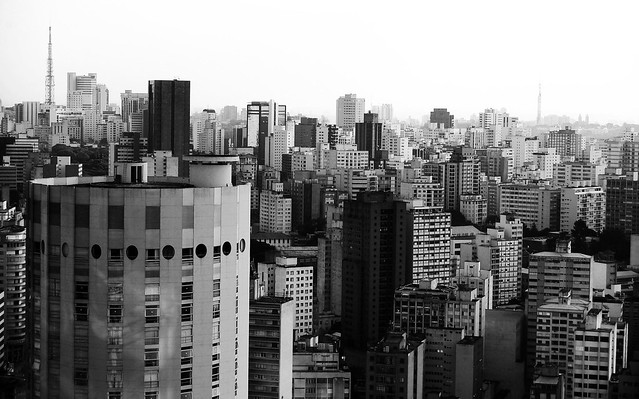 So what’s on offer in Sao Paulo?

To put the sheer size of São Paulo (pronounced “Sampaul” by locals) into perspective, we’re talking about the biggest city (by population) in the entire southern hemisphere, and the world’s seventh largest. But unlike its ‘megacity’ brethren, São Paulo shies away from the headlines, and is relatively unsung among travel circuits.

Located five hours west of its famous sister Rio de Janeiro, the city of São Paulo was formed over 450 years ago, by Portuguese Jesuit missionaries aiming to convert the local indigenous Brazilians. These days you’ll find Paulistanos are mainly made up of Italian descendants, as well as the largest population of Japanese people outside of Japan. The reason for both of these facts can be found at breakfast tables around the world: coffee.

To this day, it is one of Brazil’s most important commodities, and it’s what attracted Italian and Japanese workers to the city, to work in the coffee plantations in the late 19th century.

Unsurprisingly, São Paulo is famous for its traffic jams, with even the simplest of jaunts likely to entrench you in a river of honking horns.

The weather in São Paulo is a joy throughout the year; yearly averages of 20C make exploring the city very pleasant. From December to February you should expect some heavy downpours, and just as a warning, the streets are prone to flooding, and add energy to those famous traffic scenes.

São Paulo is a city within a city within a city, with very distinct neighbourhoods aching to be explored, including Bela Vista (Italian), Liberdade (Japanese) and areas like 25 De Marco (Arab). For a walk among the highlife, visit the Pinheiros district.

Thankfully, the São Paulo Metro system is fairly good and makes travelling throughout the downtown area much easier. Trains run from 5am to midnight. You can pick up prepaid passes for use on the Metro, train or bus from the ticket office, or from vendors around the city.

The city centre is pedestrian friendly, and can easily be explored on foot. Alternatively, jump in a taxi.

Things to see in São Paulo

One of the most popular things to do in São Paulo is head up high and get a view of the city. There are a few vantage points, but among the best is the trendy Hotel Unique, designed by Phillippe Stark. Warning: this isn’t a place to rock up in your torn threads. The Banespa building also offers great views, as does the city’s highest building, the Edifício Itália; and a final nod to Pico do Jaraguá, a peak accessible by Rodovia Anhanguera.

There are several parks in the city, but if you only have time for one, plump for Parque do Ibirapuera which opened in 1954 to celebrate the city’s IV Centenário (the city’s 400 years), and is home to important public buildings, several museums, a planetarium, and Pavilhão Japonês (Japanese Pavilion). Here, you will also find the Bosque de Leitura, an open-air library which magically appears on Sundays. Alternatively, the tranquil Parque Trianon is a remnant of the ancient atlantic forest that once covered the entire region.

The grand, and wonderfully sounding Museu Paulista in the city’s Ipiranga district, ranks highly among visitors for its various collections from the era of the Brazilian Empire. The São Paulo Museum of Art (MASP) is a worthy art museum, on Paulista Avenue. Elsewhere in the city, you can enjoy an erratic mixture of modern and gothic architecture, especially in the downtown area, including the Teatro Municipal.

Football is a mainstay of local life, and no visit to São Paulo is possible without immersing yourself in the game. Looking to connect with locals? Lay down a conversation about the city’s main club, Corinthians, or one of the city’s five other clubs.

And talking of football; if you’re visiting the city right now, you’ll be descending on unadulterated football fever. For the event that’s on everyone’s lips at the moment, São Paulo has built the brand new Arena Corinthians, a 48,000 capacity stadium which will play host to games in every round, right up to the semi finals.

Look out for the flea market at Praca Benedito Calixto; scavenge among the crowds for secondhand fashion and unique paintings, to the soundtrack of live Brazilian folk music.

Personal security can be an issue in the city, so please watch out and seek local advice when exploring the city. Avoid wearing expensive looking jewellery, and avoid carrying large sums of money (this is standard advice for travelling in any area of the world). The most popular crime, is pickpocketing, and you should take precautions throughout your stay.

Cash machines are a magnet for criminals, and many now feature anti-theft devices that spray pink die onto notes, so beware that these will not be accepted and you should seek advice from the bank manager and police.

12,000 restaurants offering 52 types of cuisine reflects the cultural background of the city. Unsurprisingly, you’ll find some fantastic Italian food — especially pizza — in the city. For something authentically local, try the feijoada. A black bean and pork stew, and wash it down with a tangy Caipirinha, the national cocktail of Brazil, made from Cachaça, a fermented sugarcane liquor.

Another popular way to dine, is a kilo restaurant. This is the ultimate buffet lovers dream, where you pile your plate up, and pay a set price per kilo (usually around £1/kg). Look for the kilo signs around the city. Another gourmet experience is found in the city’s all-you-can-eat churrascarias (barbecue house). Help yourself to the salad buffet, take a seat, and attract the attention of the roaming waiters offering spitroast meet. For breakfast, head to the Galeria dos Pães, a 24 hour food market, and fix yourself up with strong espresso and a wondrous array of foods.

Also look out for the feira livre street markets, and pick up some pastel (deep-fried, filled thin-pastry) with some caldo de cana (sugar cane juice).

And lest we forget, that São Paulo is one of those wonderfully cities, that completely wakes up at night. Some say it’s due to the fact that Paulistanos work for longer, and harder, than the rest of Brazil put together, but when Paulistanos shut up shop, there is nothing they like more than one thing: clubbing. While you’re in São Paulo, make sure you muster the energy for a night on the tiles, with some of the best nightlife you’re ever likely to experience on your journey.

There are plenty of great accommodation options in the city, with shared accommodation in Sao Paulo starting at around £12 per night. 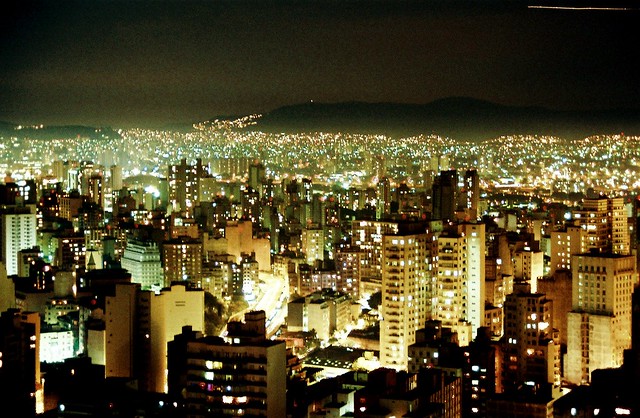 It’s also a city that knows how to host a world class event. The Brazilian Grand Prix whizzes around the city’s Interlagos circuit every year, and the deal looks set to be in place until at least 2015.

Fashion Week in the city is also a big affair, with this year’s event taking place between the 11th and 16th of June. And also, the São Paulo Carnival, on 17 February, might not be as famous or flamboyant as “the other” one in Brazil, but don’t let this put you off, it’s a fantastic display and a great time to be in the city.

Getting to São Paulo

You can fly direct to São Paulo from London Gatwick or Heathrow.

The airport is 20 miles from the city, which might sound like a 40 minute taxi ride to some people; but if you’ve heeded my earlier warnings, you should allow at least a few hours, especially at rush hour. The airport itself as a notoriously bad reputation for employing a painfully slow process. Note, the airport does not have a train connection to the city.

As mentioned, Sao Paulo is a fantastic, and great value gateway into South America. Many travellers to the city tie it in with a trip to the Iguassu Falls; the quaint town of Paraty; or an exploration of the south Pantanal, one of the world’s largest wetlands.

So there it is, a Shakedown on one of Brazil’s most ideal gateways. São Paulo might not steal the headlines, but when it comes to offering travellers an ideal spot to dip between peaceful retreats, tasty treats, and plenty of happening nightlife, this is a city that practises what it preaches.

Are you visiting São Paulo soon?What else do you know about the city? We’ve got a whole tribe of travel experts waiting to answer your questions about one of Brazil’s most exciting city’s. What more would you like to know?